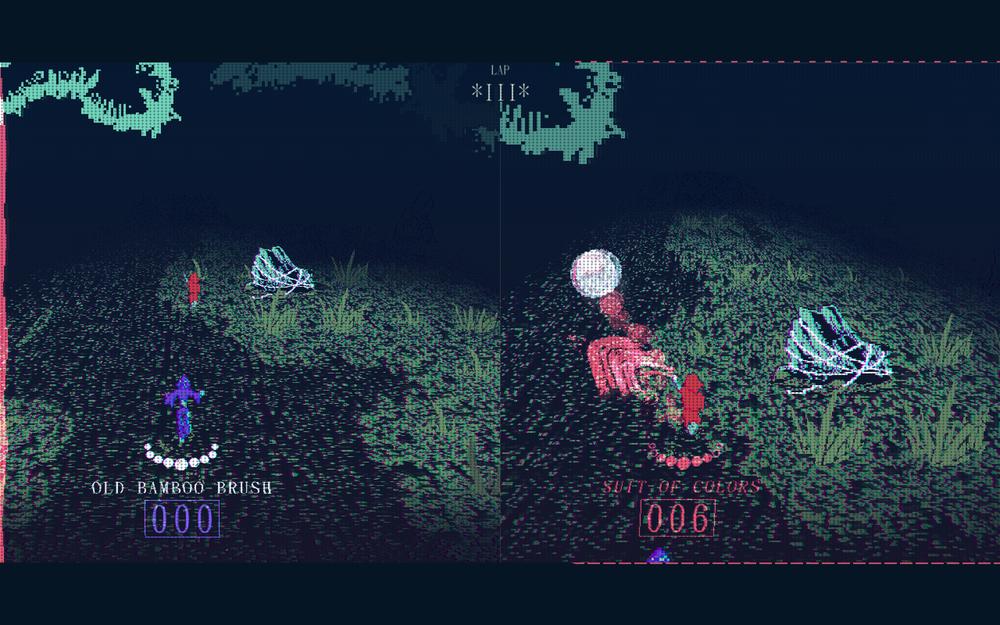 Witchball is a post-reality racing game played by children in the year 2601. Massive environmental change has made much of the world inaccessible, and long-distance travel impossible. Communities are isolated, but communication has advanced to the point where short distances between people barely exist at all.

In Witchball, two players compete in a race in 3D space while simultaneously playing a 2D ball game on the surface of the screen. Points are gained in both aspects and tallied per lap, so it's important -- and tricky -- to manage the space better than the opponent.